The Kaleidoscope reader poll results are in! While lots of stories got a little love, the runaway top three were “Walkdog” by Sofia Samatar, “Cookie Cutter Superhero” by Tansy Rayner Roberts, and “The Truth About Owls” by Amal El-Mohtar. Thanks for casting your votes!

We decided to run this poll partly in order to figure out which ones to include in our 2014 volume of the Year’s Best YA Speculative Fiction. We were totally at a loss as to how to choose favorites out of this collection because we honestly love every single story, but we know that to make a year’s best, we have to take no more than a couple of things from any given venue. We couldn’t have done it without you.

Awards season is ramping up, and we thought you might like to know that every individual story in Kaleidoscope is eligible for the Hugos, and in addition to each story, the anthology as a whole is eligible for the World Fantasy Award. We (Julia Rios and Alisa Krasnostein) are also both individually eligible in the Best Editor Short Form category. 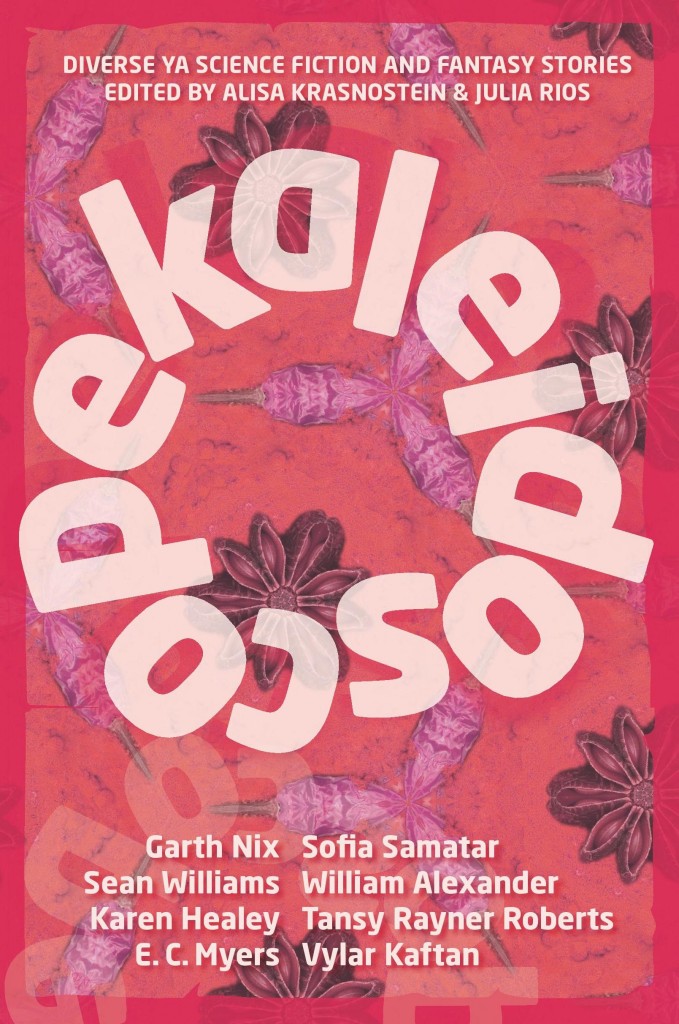 Stats! Because who doesn’t love stats?

The other eighteen stories in Kaleidoscope are eligible in the short story category. We are also pleased to share that two of these stories are available to read for free online! They are:

Kaleidoscope has twenty stories, of which:
*Nine are by authors from places other than the USA
*Eleven are set in places other than the USA
*Eight are by people of colour
*Thirteen feature people of colour
*Ten are by male authors
*Five feature male characters
*Five have characters with physical disabilities
*Four feature non-neurotypical characters
*Eleven contain QUILTBAG content (including secondary characters)
*Two feature animals and one features animal-shifters
*Two feature love spells
*Two feature time travel
*Five feature stories within stories
*Two feature vampires (but neither is the traditional kind who feeds on blood!)